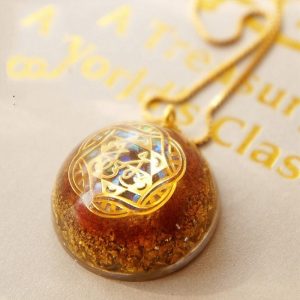 Wearing our Orgonite necklace, or orgonite pendants, is the best way to feel positive energy and happiness, and absorb the Orgone energy. That’s the effect of using Orgonite, which helps shift negative vibes to good ones.

When you wear our necklace, it’ll always be in contact with your body. With that, your energy will absorb the orgone energy (bio energy), then will be brought back to its balanced state.

What Is an Orgonite Necklace?

Dr. Wilhelm Reich, an Austrian psychiatrist in the early half of the 20th century who researched orgone energy and its applications in today’s day-to-day life, was a pioneer for his time period dealing with what we know as “orgonite” devices that are built off of his findings.

The Orgone necklace is your life force, and your personal EMF protection device. It’s an excellent tool for shielding you from any harmful side effects that electromagnetic radiation may give.

Aside from the primary use of the orgonite pendant, the pendant necklace is abundant in orgone energy, metal shavings and other benefits as well. These include emf protection, improving your sleep patterns, spiritual and physical health while providing more energy.

What Effects Will Be Felt from Your Orgonite Necklace?

Some people feel the Orgonite necklace’s energy immediately, while others feel the energy cumulatively.

Similar to crystals, our Orgonite necklace works with the best intention. It’s because the necklace has a kind of consciousness and gets affected by your thoughts and intent.

You’re allowed to imbue the necklace with intentions via meditation. Then, focus on what you want it to do for you.

Do note that you don’t have to do these for long periods. However, the more frequently you meditate, the better. It’s a great idea to begin each day with a few minutes of imbuing the necklace with your day’s intentions. 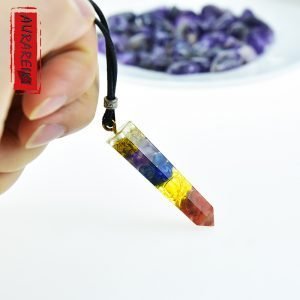