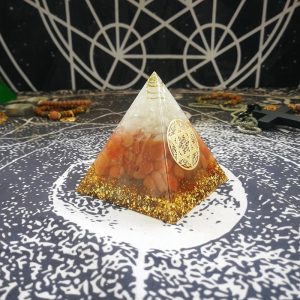 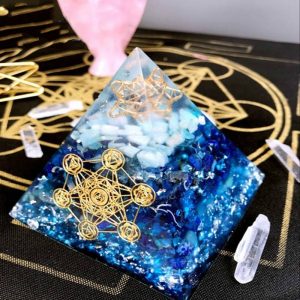 Disclaimer: The Natural stones used in the Orgone Cone have different patterns, shapes and color may vary slightly because the cone is handmade.

This beautiful Orgone cone was created with the use of numerous semi-precious crystals like Sodalite, Labradorite, and Quartz. To further enhance the healing frequencies they vibrate together in Gold Plated Brass and Copper coils were added in the form of The tree of life symbol.

Orgone Cones heal not only the body but the soul of the owner and their friends or family. People that have previously experienced disruptions in their chakras and auras have often reported improvements in all mental, spiritual, and physical health aspects after spending time or living near an Orgone Cone. 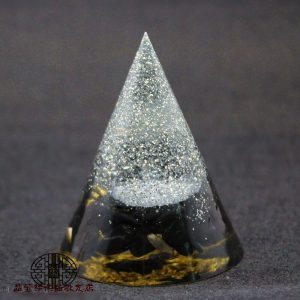