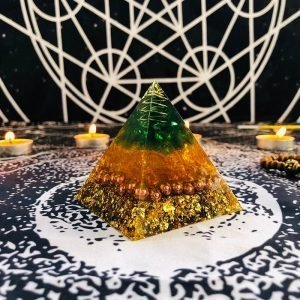 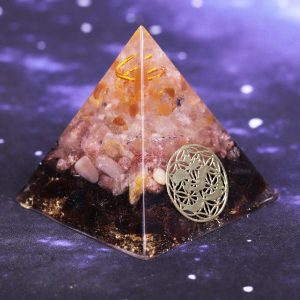 This beautiful Orgone Pyramid was created with the use of numerous semi-precious crystals like Amazonite, Sodalite, Labradorite, and Quartz. To further enhance the healing frequencies they vibrate together in Gold Plated Brass and Copper coils were added in the form of The tree of life symbol. All of these were enclosed in a vibrating form by natural resin.

Amazonite stones help with emotional issues, relieve stress and are great at energy healing. They tend to balance the stress levels of the individual and heal traumas. Amazonite easily soothes the energy of the home and office environment. They are often referred to as the stones of truth and courage. 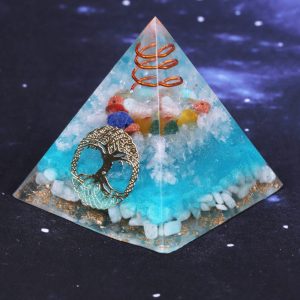