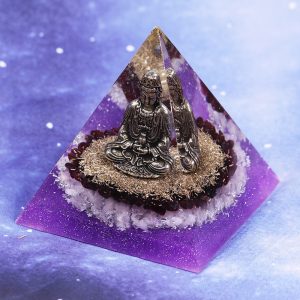 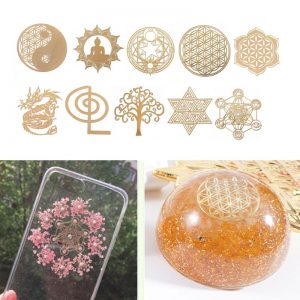 This beautiful Orgone Pyramid was created with the use of numerous semi-precious crystals like Sodalite, Labradorite, and Quartz.

The two materials combined together create a field of high-frequency vibrations which is greatly beneficial to the owner. A natural resin encloses them within and keeps the positive vibrations for long.

According to ancient Buddhist Legends everywhere where the baby buddha stepped lotus flowers bloomed out of the very ground.
The Lotus flower usually grows in muddy water and therefore symbolizes purity amidst suffering or impurity.

Lapis stones serve to enhance spirituality and attune the inner mind to one’s higher self. It helps the bearer to expand their consciousness and to channel their spiritual awareness to the next level. It also aids inner peace and self-love. It is an essential stone for people who are having issues with their relationships.

The Lapis is known to enhance the memory and intellectual abilities of its bearer. It unites people and amplifies their effective ways of communication and harmonious relationships. The Azurite Lapis stones make your inner thoughts easier to manifest, helps the bearer grasp their talents and gifts in a clearer manner. It greatly improves one’s ability to express themselves. 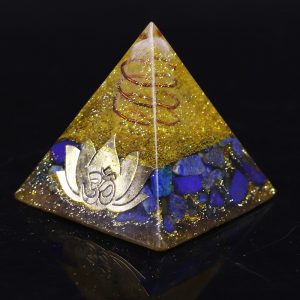