Orgone Cones heal not only the body but the soul of the owner and their friends or family. People that have previously experienced disruptions in their chakras and auras have often reported improvements in all mental, spiritual, and physical health aspects after spending time or living near an Orgone pyramid.

Please, have in mind that the materials are fragile. A lot of effort has been made to make sure that the strongest materials were used in making this exceptional Orgone Cone. 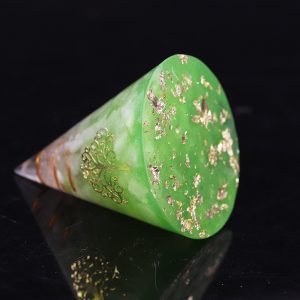